Northern Limit Line (NLL) tour is one of the most unique sights seeing among foreigners! See the Gwangsungbo fortress, the Deokjinjin fortress and the Pyeongwha observatory. These are popular with those looking at the DMZ or JSA Tour 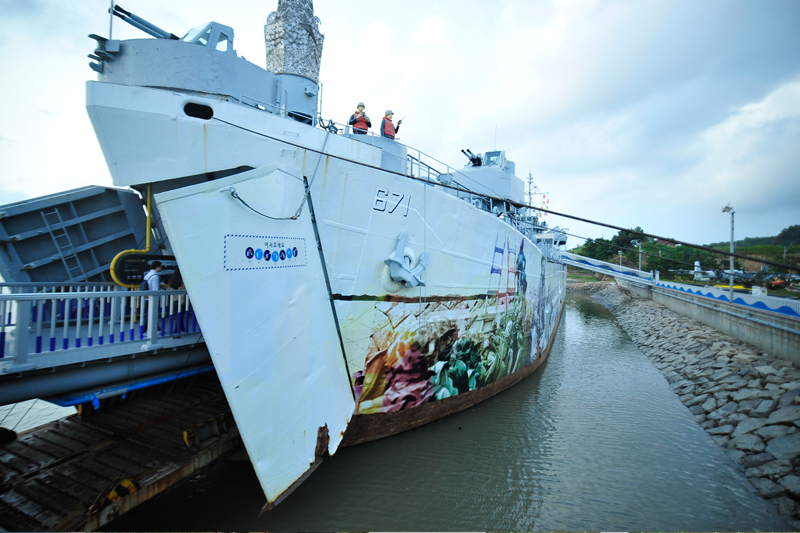 Child: ￦65,000
NLL (Northern Limit Line)
Choice No. 1 tour! NLL tour is one of the most unique sights seeing among foreigners!!
'Korea' which is the only divided country!!! A thrilling historical place to visit where South Korea and North Korea is confronted for 24 hours!
Try out this trip which will leave you feeling in suspense throughout the silenent and peaceful atmosphere.
100% Price Guarantee: We will refund the difference if you find a lower price online or at your destination. Find out more.
Detail Photo Description

1. English Speaking Guide
2. Transportation
3. Admission Ticket
1. Lunch
2. Hotel Pick up and Sending Service
All cancellations must be made via email or telephone and cancellation must be done with our written notice.

1. One day before: 30 % As you Paid
2. After 18:00 P.M The day before the tour date : 100% cancel charge.
3. On Tour Day: 100 % As you Gurranted
[ LIABLITY INSURANCE (CLAIMS-MAKD BASIS) ]
Cosmojin is registered in liability insurance corresponding KRW 300,000,000 for travel business license. LIABLITY INSURANCE (CLAIMS-MAKD BASIS).
- The customers are not registered for accident insurance covering the medical expenses in case of accidents happening on the day of the event, so please check beforehand with the tour guide if customers are registered with travel insurance from homeland.
- Please refer to the special terms and conditions on the website for insurance coverage.
Immediately after submitting your reservation you will receive a receipt of booking by email. Within 48 hours (often on the very same day!) you will receive a voucher confirming all details.
You must present a paper voucher for this tour. We will email a link to access and print your voucher at the Lead Travelers email address.

NLL (Northern Limit Line)
'Korea' which is the only divided country!!!
A thrilling historical place to visit where South Korea and North Korea is confronted for 24 hours!
Try out this trip which will leave you feeling in suspense throughout the silent and peaceful atmosphere.
Choice No. 1 tour! NLL tour is one of the most unique sights seeing among foreigners!!
As the NLL is a sea border line formed after the Korean War Armistice, the distance between South and North Korea is only 1km~1.5km. Therefore, tourists can watch North Korea shrouded in mystery cross the river in details. They can see its shape of house, its agrarian society, and one side of its economic activity, while they visit the military alert site that South and North Korea stand face to face in reality. This line is a national border on the Western Sea, which extends from Gangwhado Island to the five islands in the Western Sea. Nevertheless the NLL is set through the agreement and North Korea does not accept it. They designate their own NLL, which causes constant problems.
The Northern Limit line is made after an armistice agreement which took place July 27, 1953. The border of the west coast lines up from Ganghwado to the five northwestern islands.
After the Northern Limit line was made, North Korea didn't accept it and frictions between the two Korea occurred. North Korea then designated a northern limit line themselves and to replace the line many fights had occurred. NLL is a threatening place where many conflicts between the South and North Korea have occurred such as Yeonpyeong Naval battle, Cheonan Ship explosion incident, and others. 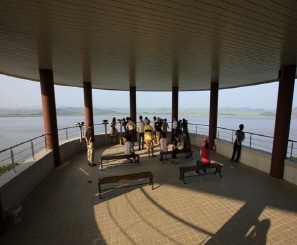 Pyeongwha (Peace) Observatory
Pyeongwha Observatory was established in September, 2008 within the Civilian Control Line where the northern most area in Gangwha city. This is the only place in the Republic of Korea where you can see lands and lifestyle of local residents in North Korea. At the outdoor observetory, a high performance telescope is installed. You can see and experence the daily life of North Korean such as housings, farm villages, and schools vividly. Also many exhibits allow you to understand the situations in North Korea, which are displayed as well, you will understand North Korea the most in this location
Reservation