Do You Know What worth fighting for? Lay down your arms, give up the fight ! Throw Up Your arms into the Sky, You and I."21Guns"-Greenday 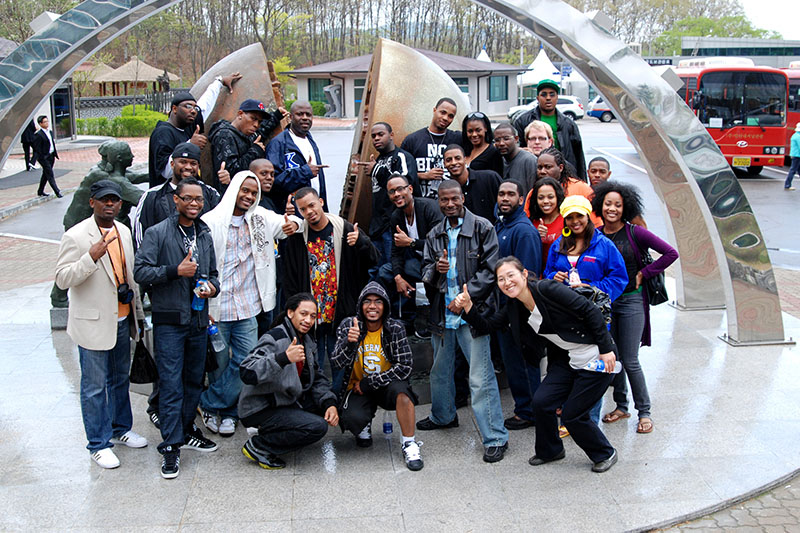 Child: ￦56,000
The Barrier between North and South Korea, the Demilitarized Zone. Lookouts, underground tunnels, in an area still technically at war. Do You Know What worth fighting for? Lay down your arms, give up the fight! Throw Up Your arms into the Sky, You and I.21Guns-Greenday
100% Price Guarantee: We will refund the difference if you find a lower price online or at your destination. Find out more.
Detail Photo Description

1. English Speaking Guide
2. Transportation
3. Admission Ticket
1. Lunch
2. Hotel Sending Service
All cancellations must be made via email or telephone and cancellation must be done with our written notice.

1. Cancellation is accepted by 18:00 one day before the tour date.
2. After 18:00, Cancellation charge, 100% of the tour price will be charged.
1. Passport is required!
2. DMZ Tour is closed on Mondays and National Holidays.
3. Lunch is not included in a half day tour.
4. In case some sites of the tours are closed, a visit to alternative places will apply.
5. When it is closed in case of some special situation.DMZ will be replaced by plan B non-refundable(Heavy rain or snow, military training)
* Plan B: Tomorrow's Whistle-Bunker Beat 131-Odusan Unification Tower-The War memorial of Korea
6. For your safety, stay with the group and follow the directions of the guide during a group tour
7. Cosmojin cannot take responsibility for any injuries or losses incurred while on tour.
[ LIABLITY INSURANCE (CLAIMS-MAKD BASIS) ]
Cosmojin is registered in liability insurance corresponding KRW 300,000,000 for travel business license. LIABLITY INSURANCE (CLAIMS-MAKD BASIS).
- The customers are not registered for accident insurance covering the medical expenses in case of accidents happening on the day of the event, so please check beforehand with the tour guide if customers are registered with travel insurance from homeland.
- Please refer to the special terms and conditions on the website for insurance coverage.
Immediately after submitting your reservation you will receive a receipt of booking by email. Within 48 hours (often on the very same day!) you will receive a voucher confirming all details.
You must present a paper voucher for this tour. We will email a link to access and print your voucher at the Lead Travelers email address.

DMZ TOUR
DMZ[Demilitarized Zone]
The DMZ is the most heavily militarized border in the world.
Thousands of tourists flock to Korea every year to visit the DMZ.
It is a highly unique area - in fact it is the only area of its kind in the world. 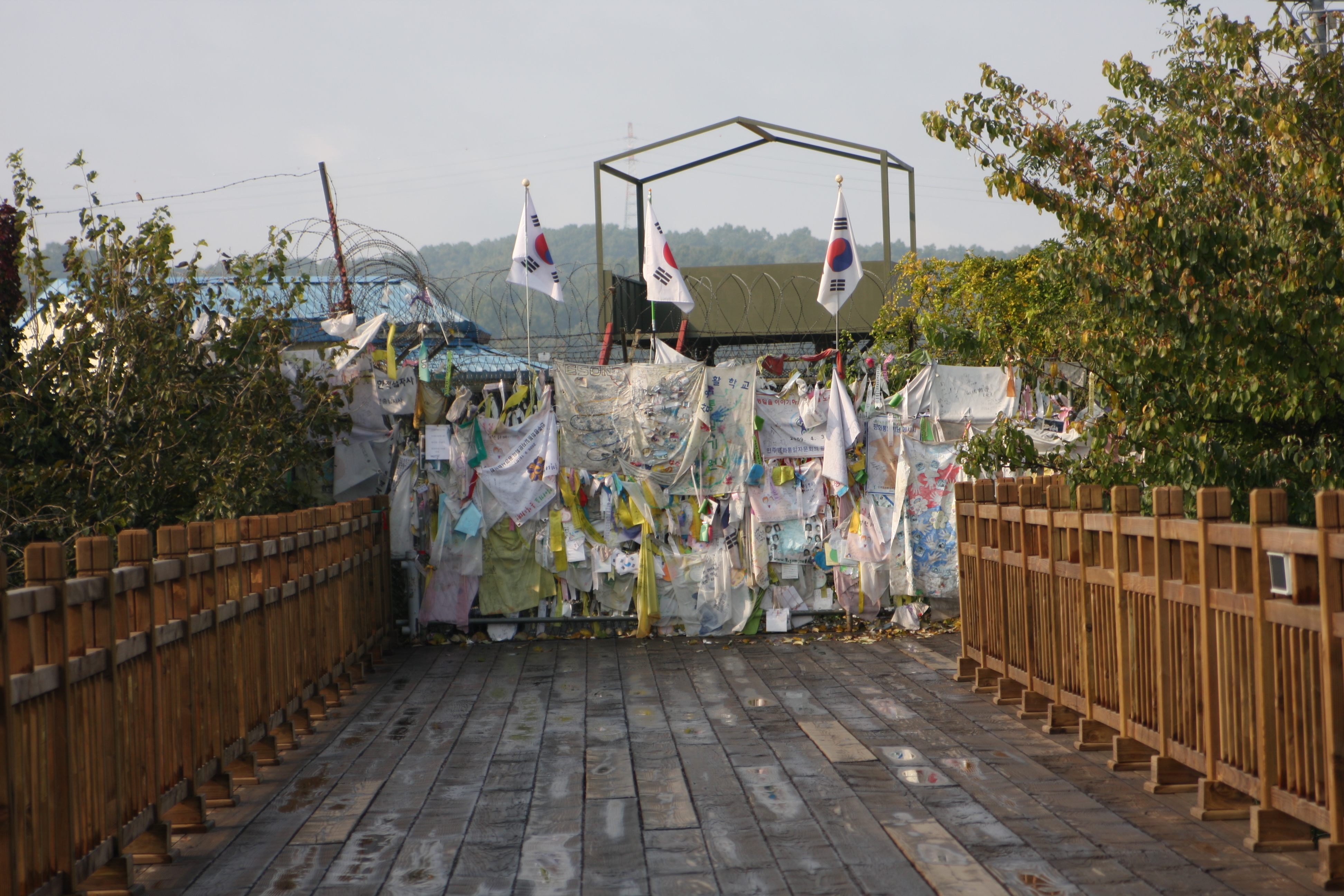 [Imjingak Park]
Imjingak is located in 7㎞ across the south of the Military Demarcation Line, the Imjin River. North Imjingak near the ground seemed to be caught in the hand is where the remains of 6.25 war is a tragedy.
For displaced people came down from the North Imjingak built in 1972 and operated as a game may peace center will showcase data indicating the appearance of the life and videos showing North Korea and North Korean land overlooking a little closer to the observatory on the third floor through a telescope there. 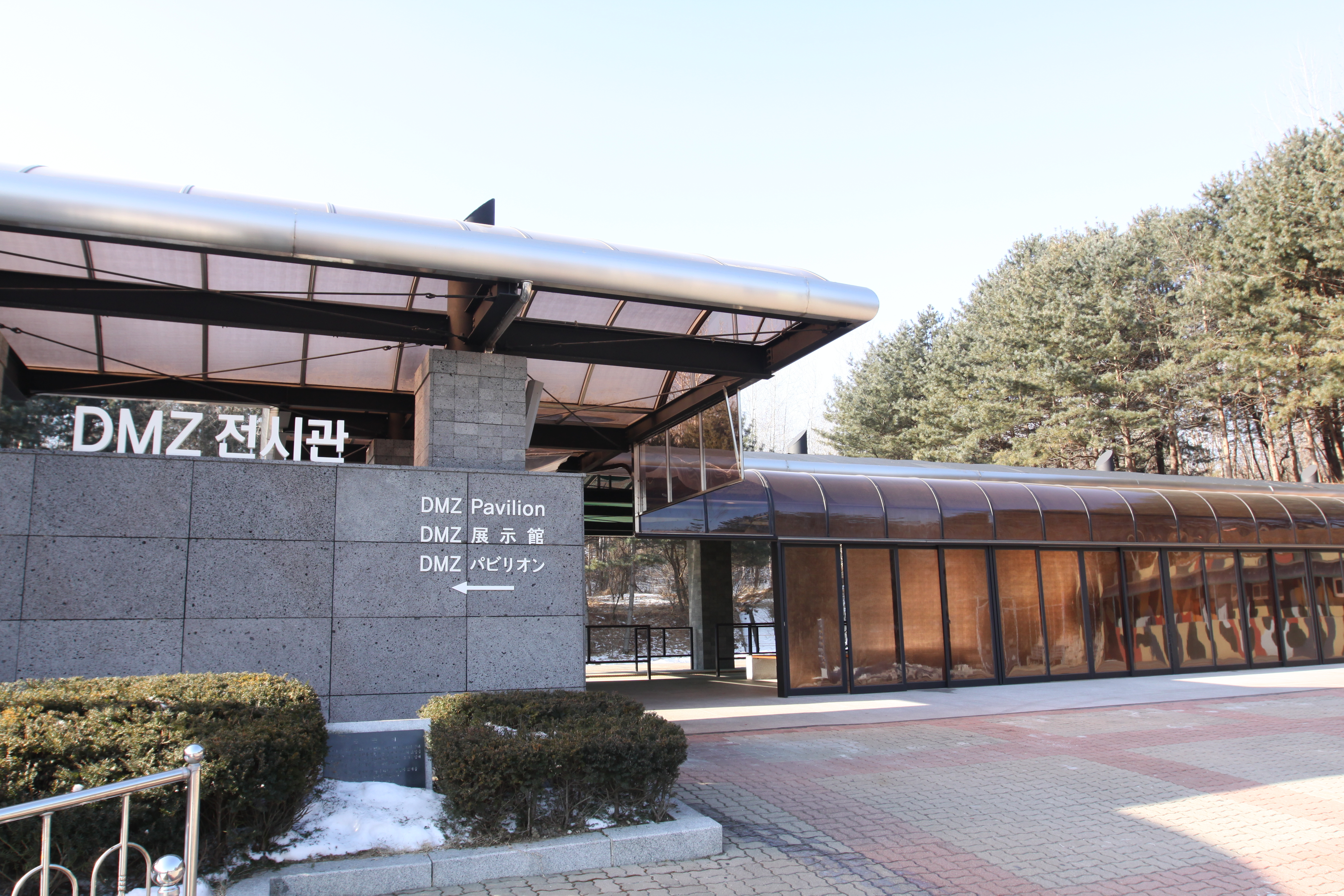 [DMZ theater and exhibition hall]
In the civilian access control line, Gangwon Province to be set up a unique museum.
Before the symbol of the world's only divided country DMZ (demilitarized zone, DMZ).
Military conflict lasting 60 years, people do not touch the hand of a reconfigure an intact environment and ecology exhibits and videos stored in places. 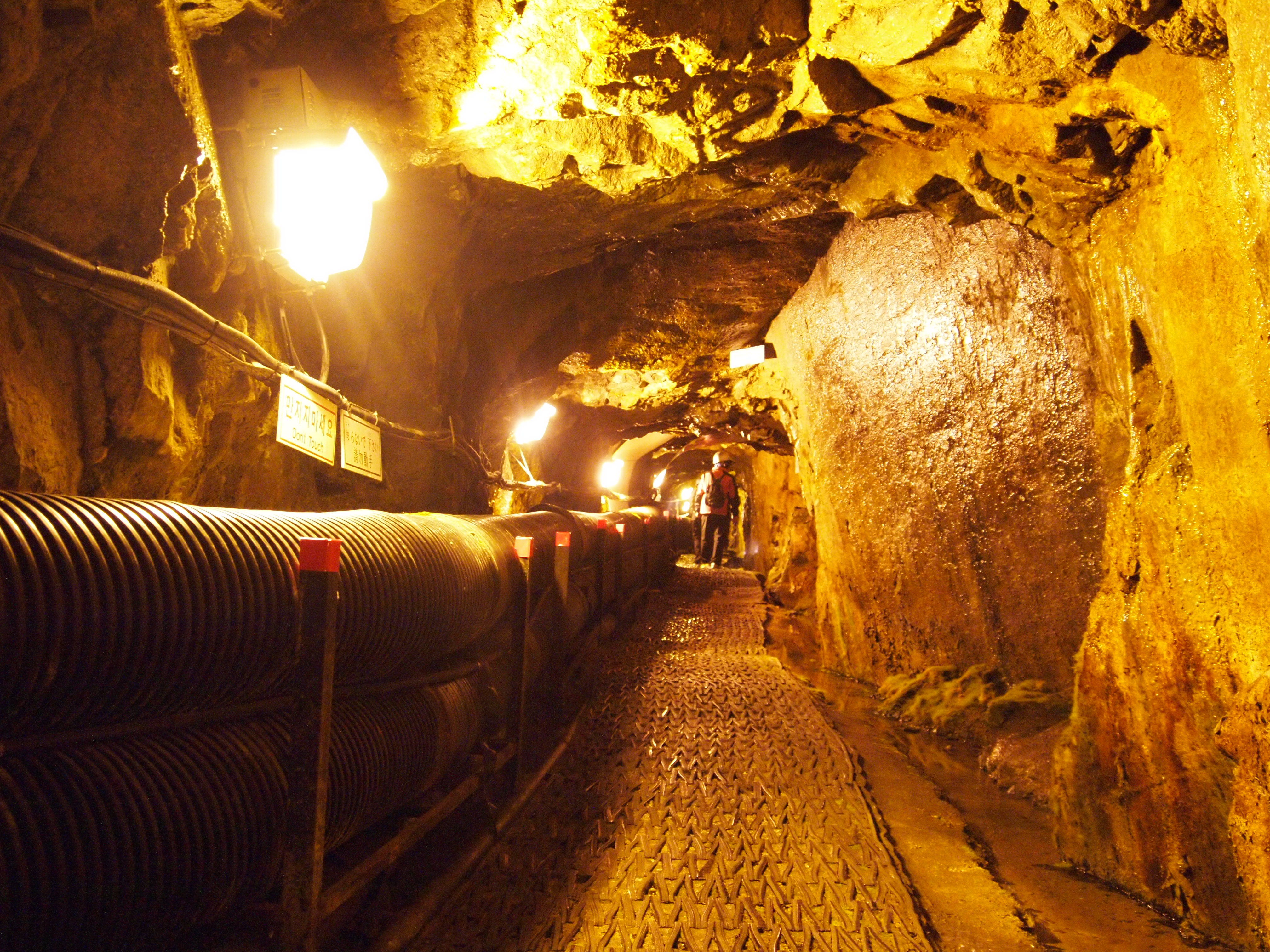 [The 3rd Infiltration Tunnel]
North Korea has put a secret passage drilled so that you can move only 3 per troops to invade South Korea. The passage is about to be moved wide to the tank. Enjoy a walk out from the tunnel thrilling experience for the invasion of North Korea threatened South Korea. 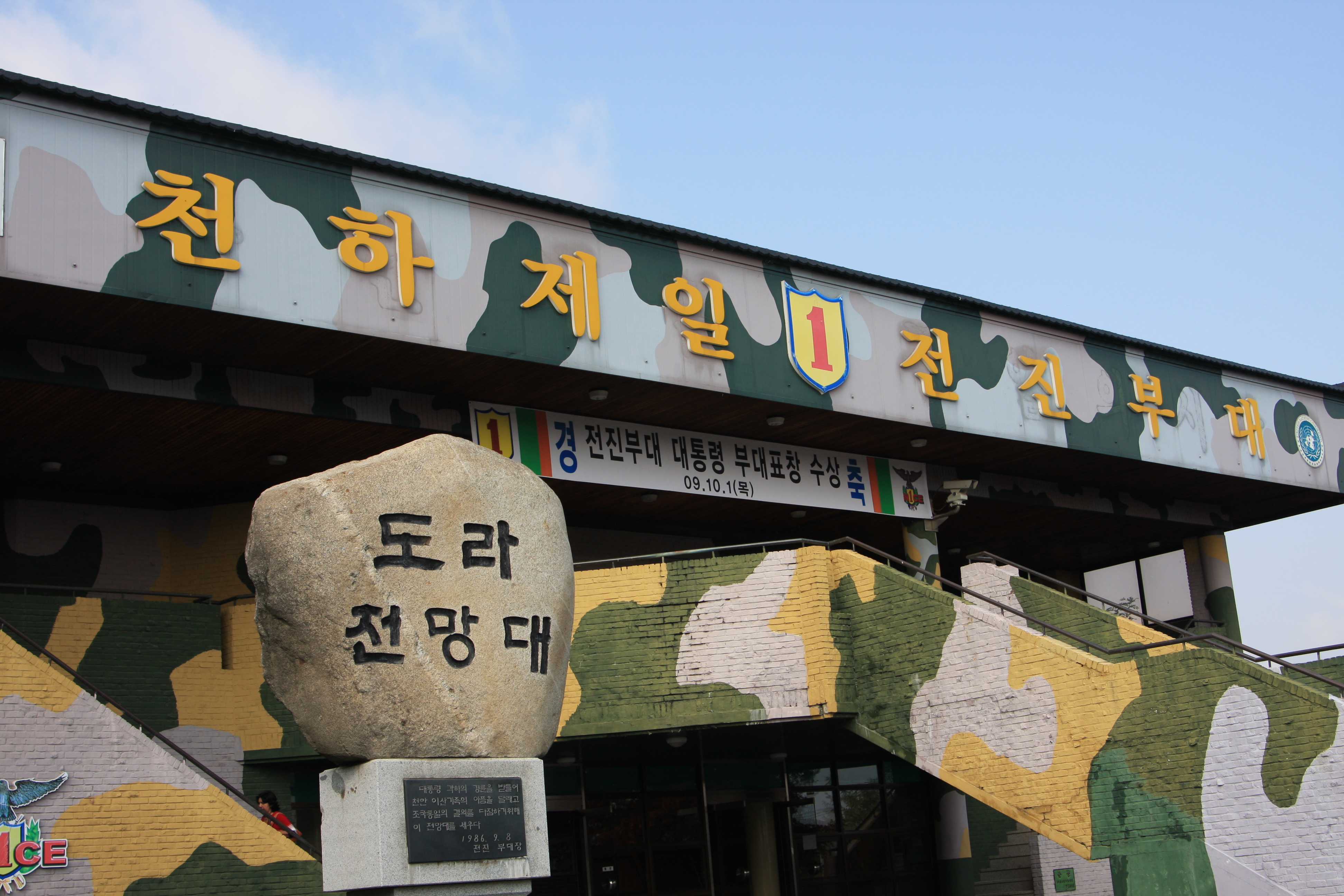 [Dora Observatory]
The northernmost of the South. Is where the best views of the North. Here is a view of the residential town of the north of the Kaesong Industrial Complex and the North Min. 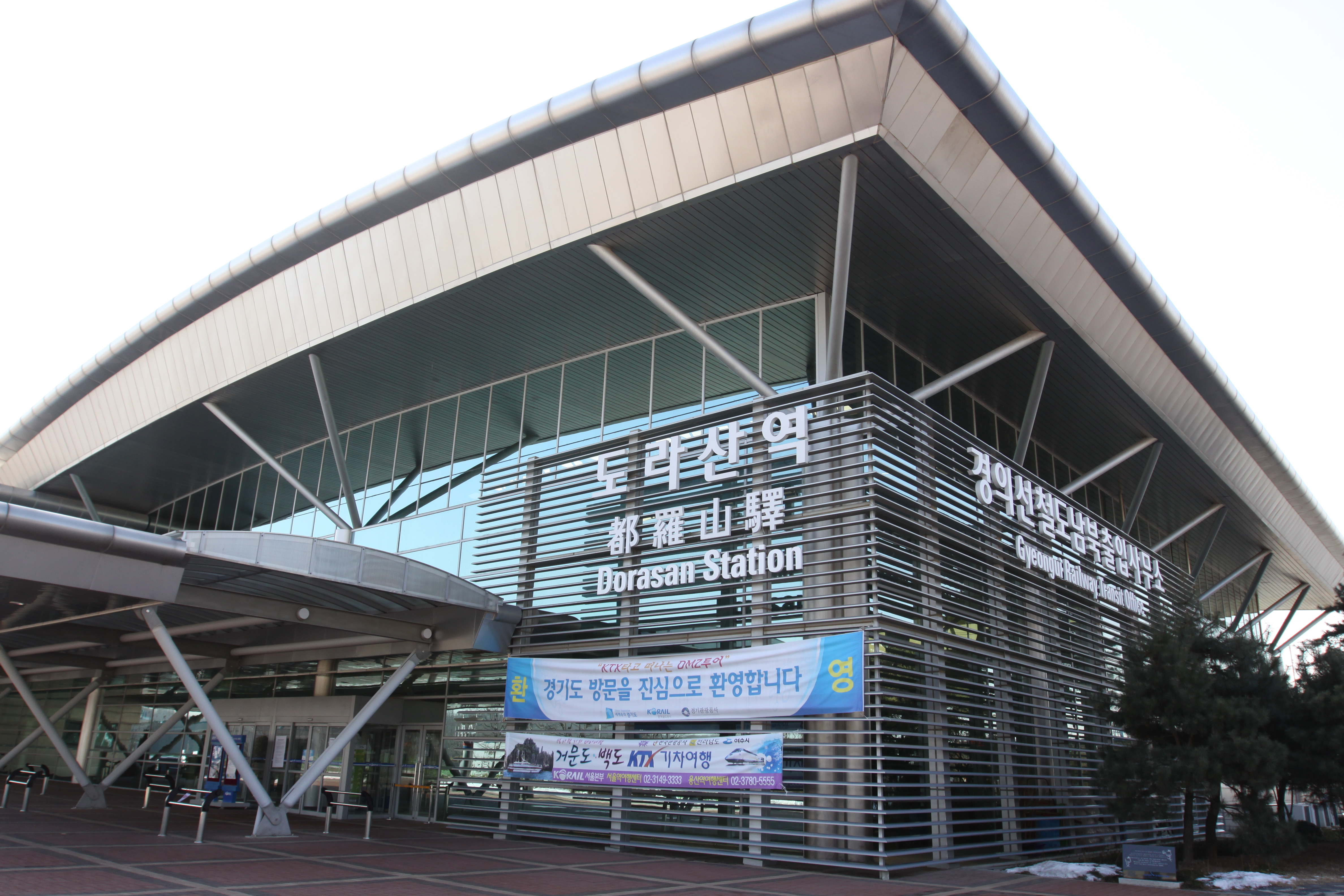 [Dorasan Station]
The last station and the first station to go to the north of the South. If this unity is the starting point and terminus of the crossing where trains linking the Eurasian continent.
someday it will take you to Europe through the Trans-Siberian Railway.
Reservation